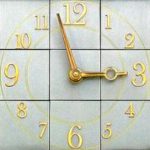 System automation tools are used for comprehensive systems management, job scheduling, monitoring, and control of both system and application processes.

System automation tools have four main benefits, namely, (1) encompassing all business models, (2) decreasing costs, (3) allowing your company to focus on clients, and (4) increasing the number of clients. These four benefits are described below.

Allowing your company to focus on clients

The use of system automation tools enables you to focus on your clients. This is because they take just 10 minutes to implement and do not require any hardware to be installed and maintained.

Increasing the number of clients

For the small businesses and home office users, retail antivirus programs offer a good protection because they are easily managed. However, for the enterprises having hundreds or thousands of PCs to protect, such products are inefficient because they require much oversight and place much control on the end user. One solution to these problems is the use of managed anti-virus software.

Managed antivirus software can be maintained by one or more IT experts with little to no end-user intervention. Although each product has specific features, they all share the advantages caused by the use of system automation tools. These advantages are two, namely, reducing traffic and administration time. Below, they are explained in detail.

Managed backup systems are usually built around a client software program that runs automatically on a schedule, typically once a day, and normally at night while computers are not used. Usually, the program collects, compresses, encrypts, and transfers the data to the servers of the remote backup service provider. Below, the advantages of the automation tools in managed backup software are examined. These advantages are three, namely, (1) easier use, (2) safer use, (3) reducing time and efforts for making backups.

The majority of managed backup software is fully automated on a daily basis or on a frequency set by the user. Consequently, users automatically backup as many times a day as they like. As a result, the users do not have to be involved in taking backups home, switch tapes, and other activities related to the backup process.

Usually, managed backup software is designed to automatically send to the users an e-mail notification containing a comprehensive report detailing new, changed and deleted file information after every backup. This form of reporting allows users to be in total control of their backup process.

Because making online backups is a fully automated process, it reduces the time and efforts that were needed for making traditional backups.

The benefits of automating patch deployment include reduction of labor costs, quick deployment, and correction of security flaws within a relatively short period of time.

Automated tools are also used in remote management systems aiming at asset tracking, managing of devices, optimizing device usage and reducing total cost of ownership (TCO). The driving force behind the use of automated tools is their efficiency and reliability. For instance, automated asset tracking technologies are more effective than manual inventories because they can capture data five times faster than an employee can.

As a company grows over time, it faces difficulties to maintain control over the network. These difficulties can be overcome by using tools that can help automate repetitive and manual IT tasks and ensure better visibility of the devices and applications used for business operations. As this paper has shown, the automated tools can be perfectly used in managed antivirus software, managed backup software, and other remote management software.